In the past few months, West Coast Exhibit has been staying quite busy. One of the booths that we have had showcased in the past months would be for Medicom Toy at designer con 2019. This trade show booth showcased some of the most expensive toys that money can buy. For those of you who are not familiar with this company, they make toys called Bearbricks and some can sell for over tens of thousands of dollars. There is plenty of hype built up around these toys to the point where when people heard they were going to be at Designer Con, they just had to be there. Custom shelving, custom display cases, and custom artwork was featured in this booth built by West Coast. Attention to detail was crucial when it came to building this booth. Most importantly, we wanted to make sure that these Bearbricks were able to be showcased while also minimizing the potential damage from customers wanting to touch these products. West Coast Exhibit was able to custom build latches that were attached to these toys so that they would not tip over when touched. Overall, it is always a pleasure to build something amazing for Medicom Toy and this booth was definitely one for the books. If you are ever in the area when one of their booths are being featured, go. Not only can you see our superior craftsmanship but you can also take a look at the awesome collectibles they are displaying. 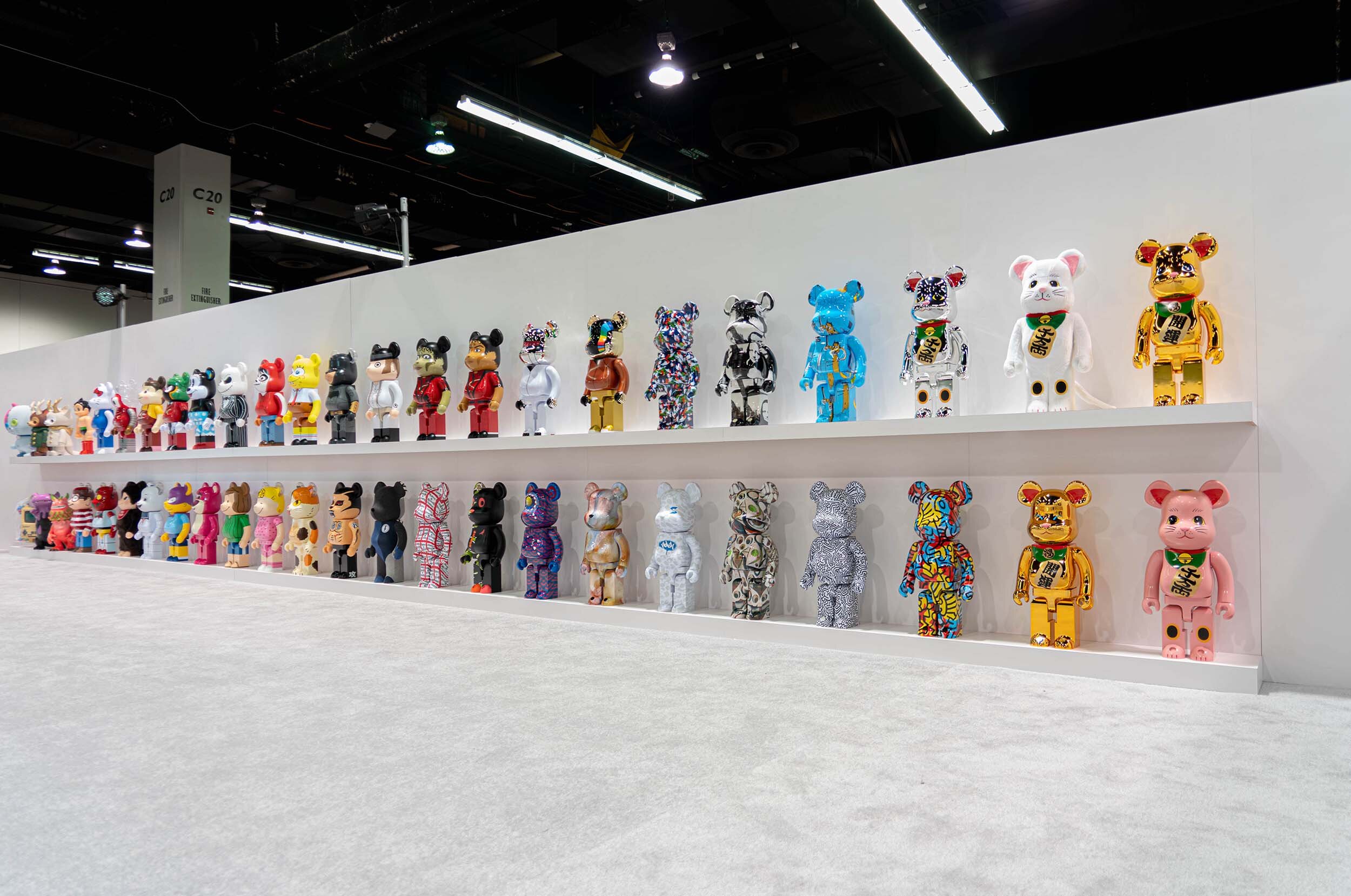 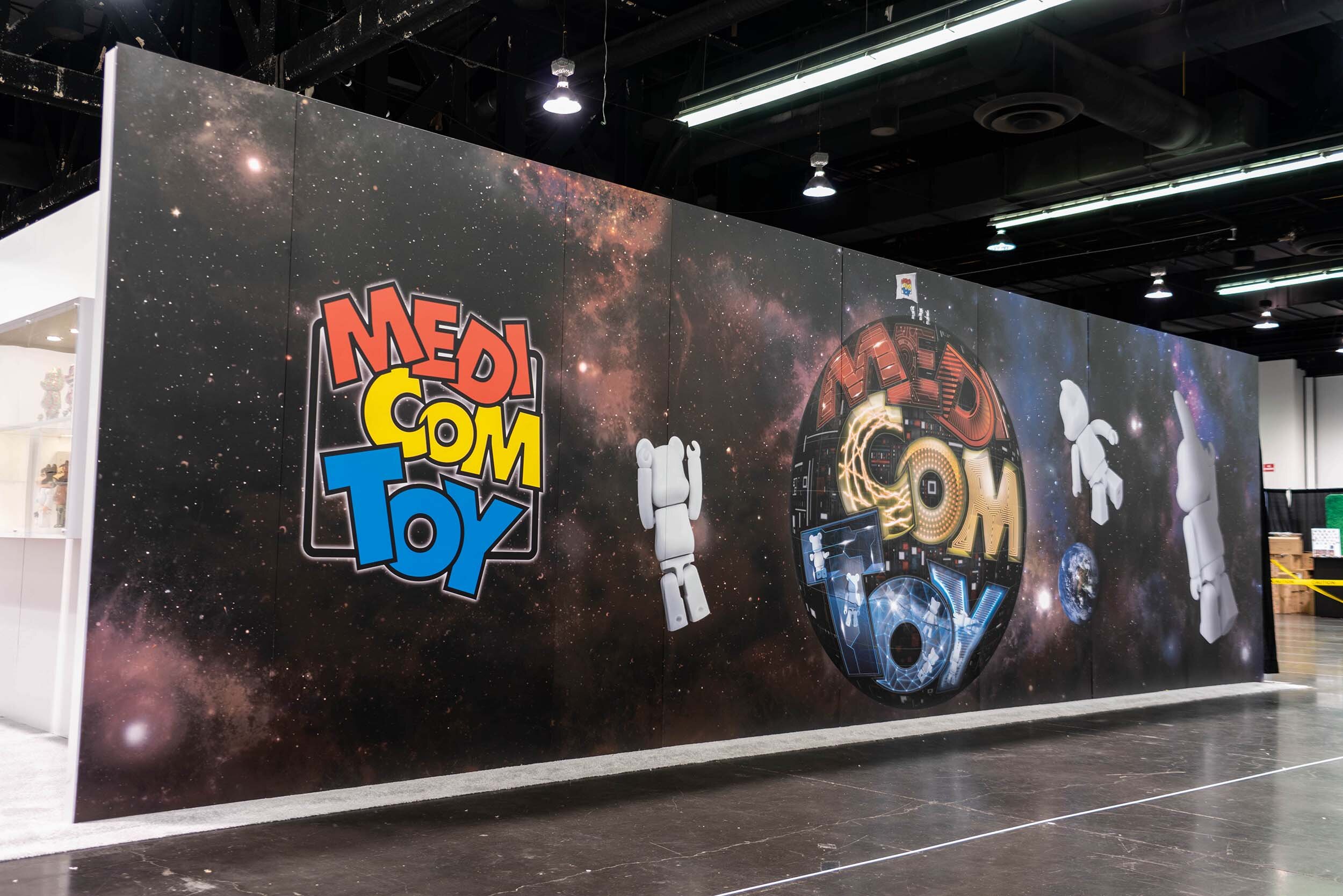 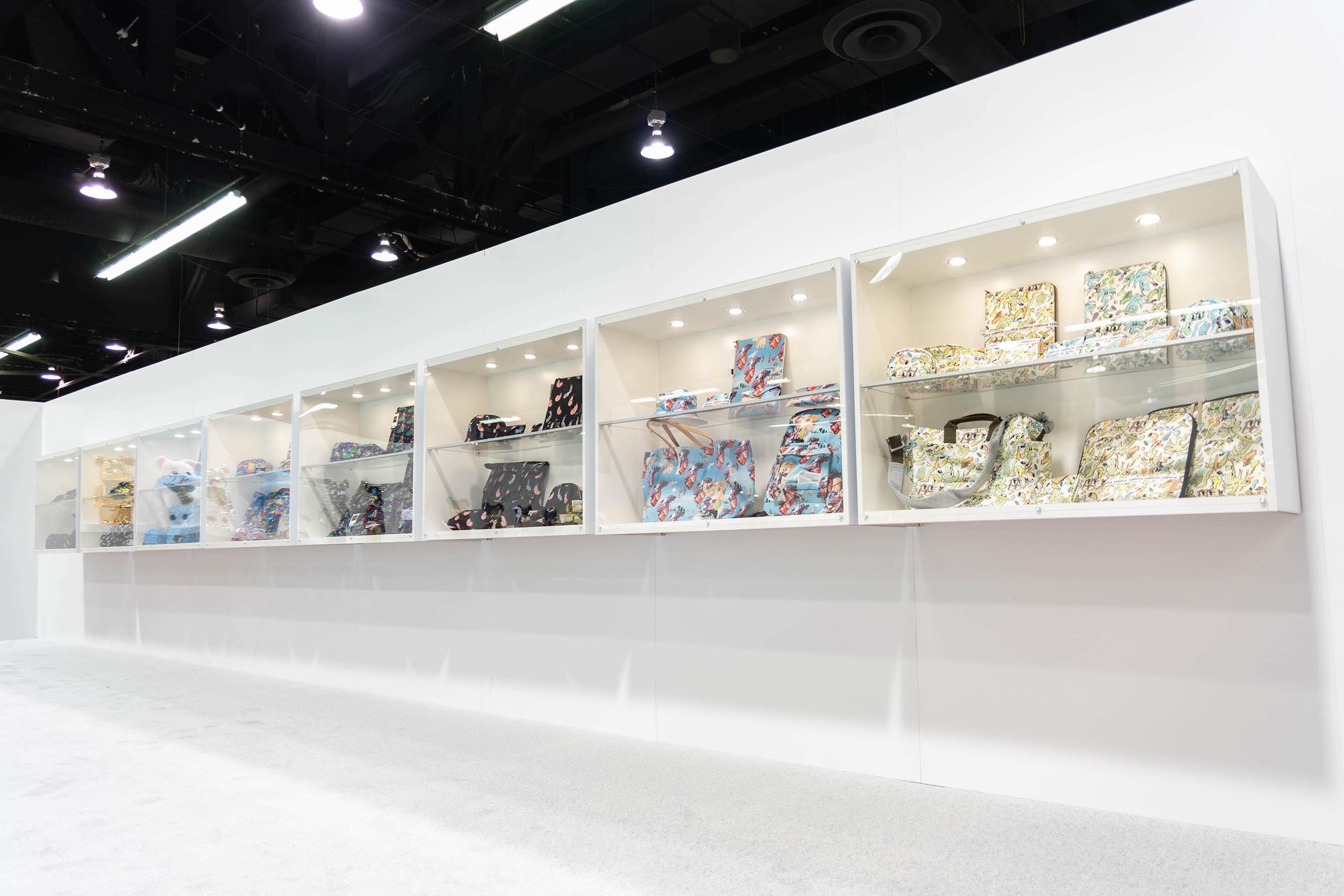 About the David Bacha